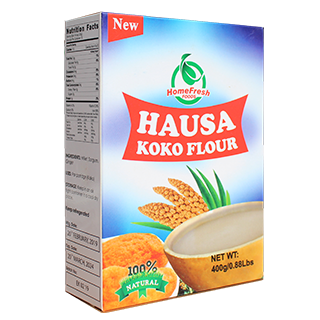 Hausa koko is a local poridge which is common in the hausa’s and ordinary Ghanaians. it has became first choice morning food for many people. Home fresh hausa koko is the right choice for you.

Storage: Keep in an air tight container in a cool dry place.

1. Fatch 375ml of water into sauce pan and put on fire to boil

3. Stir continuously until its thick and free from lumps.

4. Add sugar and milk to taste if desired.