From humble beginnings, ElssyKess Company Ltd. (EKCL) has grown into a multi-million company. From Ghana, West Africa, Elssy Dogbedah founded Elssy Kess HomeFresh which deals in agro-processing of ethnic African foods and indigenous homecare products. Her vision of establishing her company was not mainly for profit but to help vulnerable and deprived women in our part of the world.

She tries her best to achieve her vision by providing job opportunities for single mothers while also providing food and shelter for some of them. Mama Elssy, as she is called by her employees, also provides scholarship for the employee’s children as well. She looks out for these women along the street, which most of them are traders under the hot sun. Her kind gesture makes her employees to love her more each and every day.

This vision began with three women in a rented apartment with twenty pounds of peanuts.   She now has her company on a seven acres land with over one hundred employees of which seventy percent of them are women . And also, she has thirty-five product lines consisting of Gari, Palm Oil, Tuo Zafi Flour, Konkonte Cassava Flour, Sea Salt, Hausa Koko Flour etc.  These are just few of the products that have been packaged with more still developed for manufacturing.

She has used her education to establish her organization over the many suggestions to follow traditional roles of working professionally for others either locally or professionally.  By her steadfast perseverance and unwavering pursuit, she had overcome the perception of Ghanaian women can’t establish an organization.

Now Homefresh Foods are a staple in most home and on counters of major shopping centers across the world. 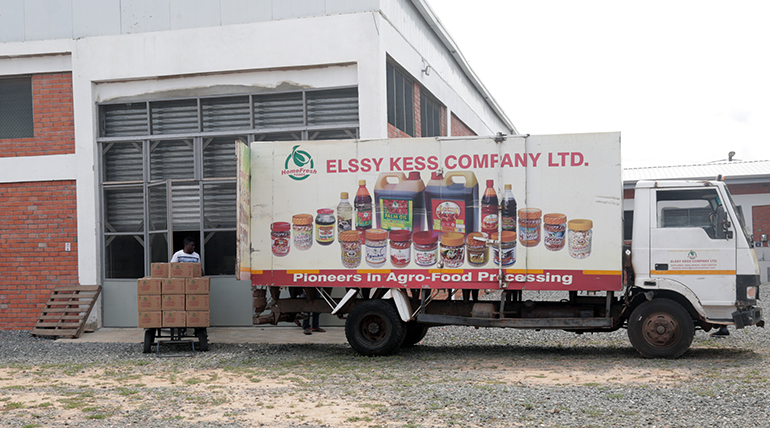 Driving our Vision on these goals

Creating a possibility to eat well, handy and easy to prepare